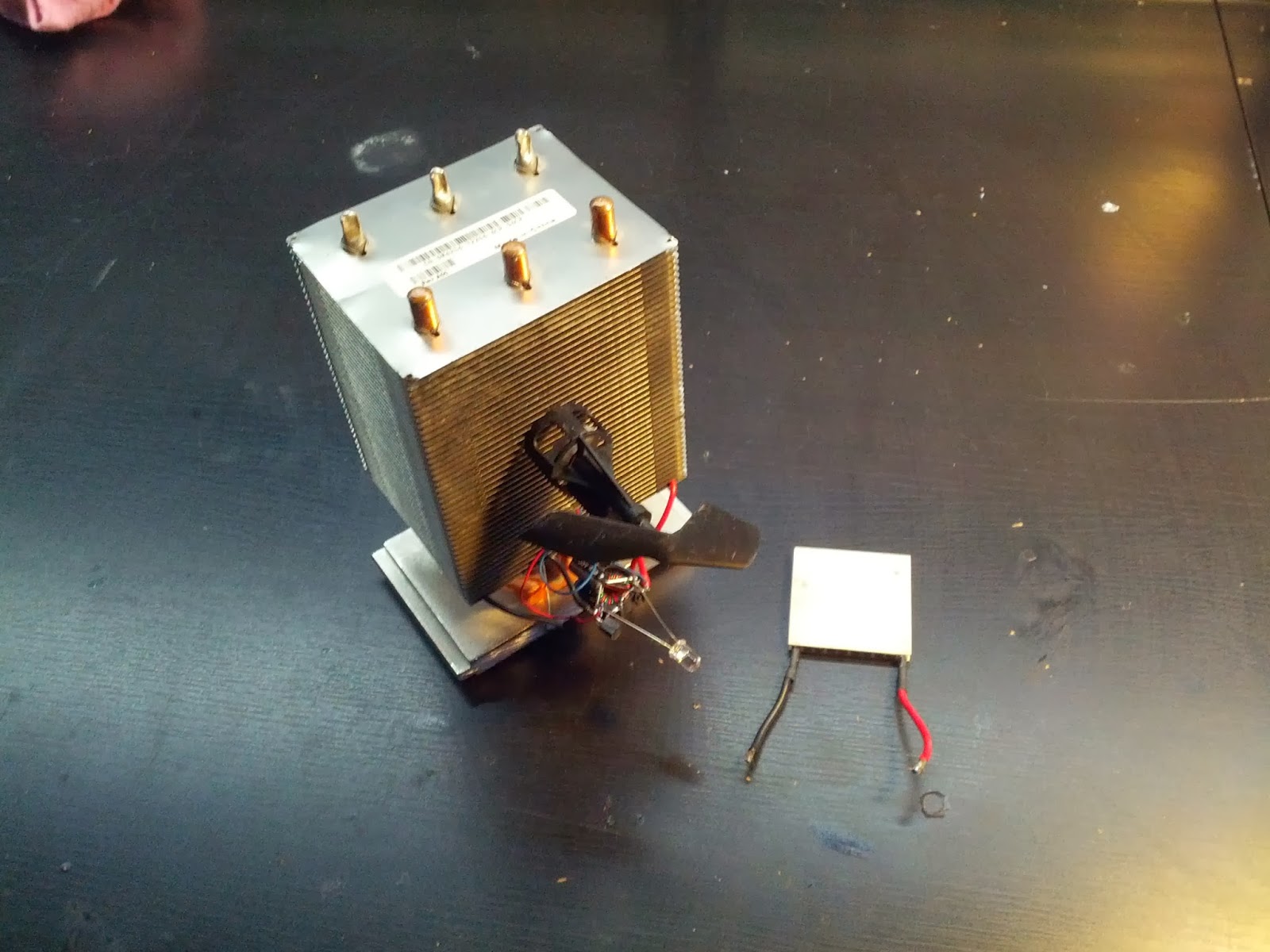 Got a bag of Peltier cooling elements (thanks Dan) and experimented with using them as thermoelectric generators. These devices will generate an electric current when subjected to a temperature difference.
When placed on a hot oven they will generate about 1,8V and 650mA for a few seconds and then fade out due to heat conducting through the element and cancelling out the temperature difference.
I found a really fancy heat sink from an old server. By placing the heat sink on top of the element I was able to sustain generation for a much longer time.
Even the heat sink eventually gets hot causing the power output to decrease. Sitting on top of the oven in a column of warm air it is not able to dissipate heat well.
I found that blowing cold(er) air from the surroundings onto the heat sink increased the efficiency dramatically.
As a small cooling fan I used a motor/prop assembly from one of the HCD's, powered directly from the Peltier element. This allows sustained power generation.
Just for fun I connected a color changing LED (Thanks Jim), powered by modified Joule Thief circuit: 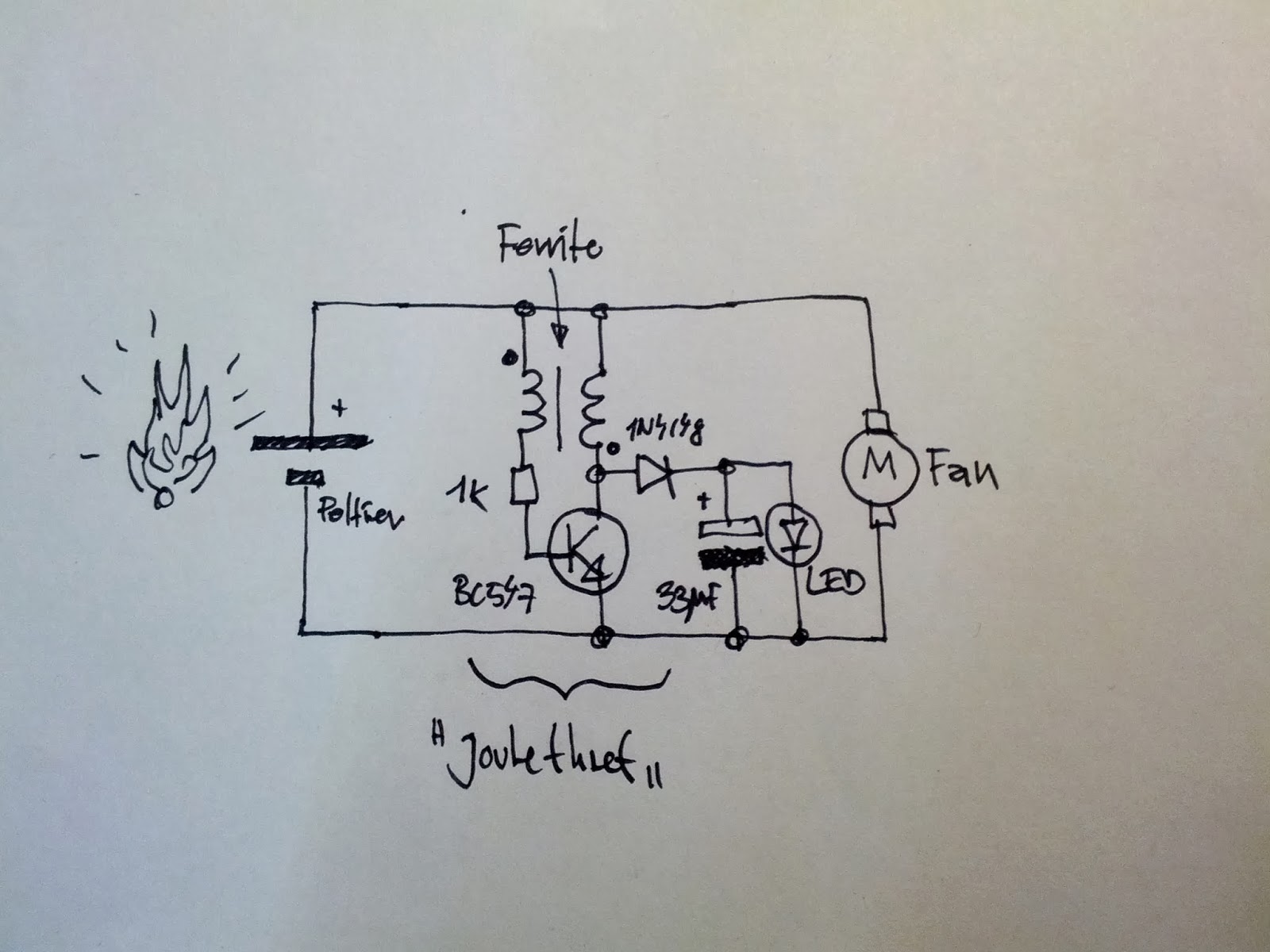 Video of the thing going.

Update: Picked up the cold generator and held it in my hand. After a few seconds the fan started just from the heat of my hand! 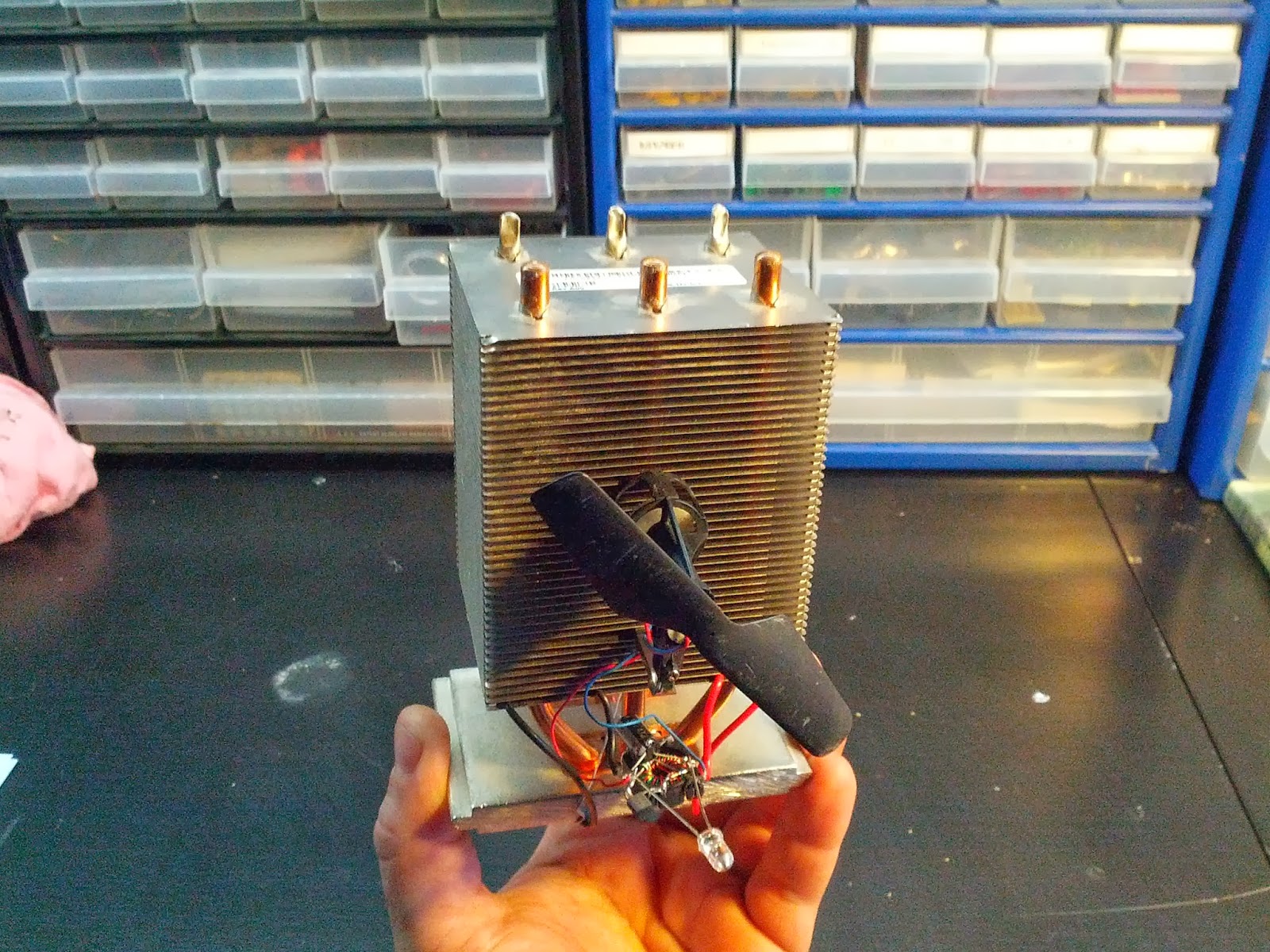